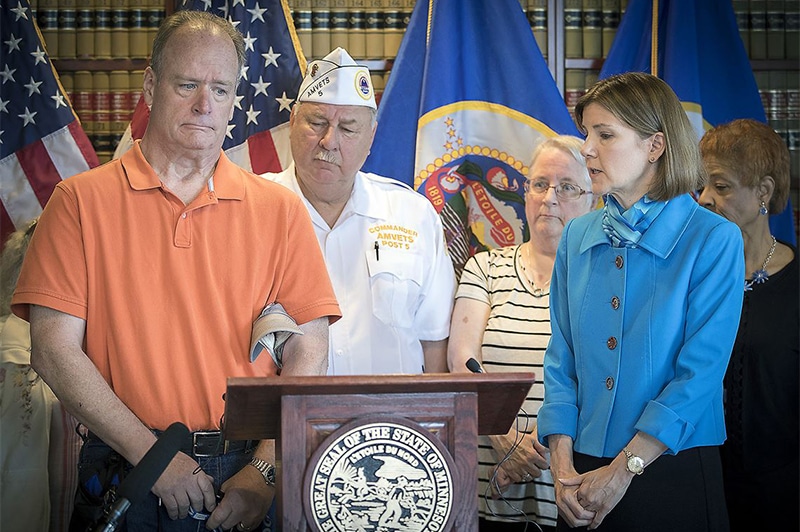 Posted at 16:37h in Blog by peifferwolf
0 Likes
Share

Published by Pittsburgh Post-Gazettte
August 27, 2018 at 8:00 AM
By LEN BOSELOVIC

Scott Kohn, an ex-felon who orchestrated a nationwide scheme that victimized retirees as well as investors seeking safe monthly income, is nowhere to be found.

Investigators from Pennsylvania’s Department of Banking and Securities trying to enforce a May agreement with Mr. Kohn’s Future Income Payments can’t find the California man. Regulators in Pennsylvania and other states have accused FIP of charging exorbitant interest rates on pension advance loans to more than 1,700 retirees.

Mr. Peiffer said that even if Mr. Kohn, who pleaded guilty to selling counterfeit computer equipment in 2006, shows up, he likely won’t have enough money to make investors whole.

“There is no other way for them to get their money back,” Mr. Peiffer said.

Mr. Peiffer and Jason Kane, his partner, said Mr. Kohn preyed on two sets of victims: retirees who turned over their pension checks and investors who bought the rights to part of the interest payments that the retirees made on loans against their pension benefits. They said there was an enormous spread between what FIP took from retirees and what the company turned over to investors.

In Pennsylvania, banking regulators say the 300 or so retirees who took out pension advance loans from FIP included a Fayette County resident who had to repay $27,900 after borrowing $3,500 and a Lancaster County woman who agreed to pay $116,400 for a $12,000 loan.

Pennsylvania moved against Mr. Kohn last year. Regulators in other states issued sanctions against FIP as early as 2015.

Those measures, as well as Mr. Kohn’s criminal past, raised enough red flags that the advisers who earned outsized commissions selling FIP products, as well as life insurance, should have known there were serious problems, Mr. Peiffer said.

A lawsuit that Mr. Peiffer filed last month lays out what happened to a Sunbury, Ohio, couple who invested more than $130,000 in FIP on the advice of their financial adviser, who was also the pastor of their church.

The lawsuit, filed in Franklin County Court of Common Pleas, alleges that in November 2016, Ronald Joseph convinced the couple to invest nearly $66,000 to receive monthly checks from FIP. The couple invested another $65,000 in FIP in December 2017.

According to the lawsuit, Mr. Joseph sold them a universal life insurance policy and recommended the couple pay the first year premium by refinancing their home. Mr. Joseph told them they could pay future premiums out of the income they received from FIP, the lawsuit states.

Before the couple’s first investment was made, Colorado, California, Massachusetts, North Carolina and New York had sanctioned FIP. By the time they invested another $65,000, Washington, Iowa, Los Angeles, Pennsylvania and Minnesota had taken action against the firm.

In an emailed statement, Mr. Joseph’s attorney, Ronald Kopp, said, “Mr. Joseph believed he was selling a good and lawful product to his clients, as many financial planners across the country were doing.”  His client only recently learned of the concerns regulators had about FIP, Mr. Kopp wrote.

Since Pennsylvania regulators went to Commonwealth Court to enforce the settlement agreement with FIP, they haven’t been able to find Mr. Kohn. In court papers, state regulators said FIP’s California office, as well as a UPS box in Henderson, Nev., have been vacated.

Meanwhile, Mr. Peiffer keeps looking. He thinks Mr. Kohn could be in the Philippines, where he set up a company.

“He seems to be just gone,” Mr. Peiffer said.

If you believe you were a victim of investment fraud or broker misconduct, it is imperative to take action. Peiffer Wolf Carr & Kane has represented thousands of victims, and we remain committed to fighting on behalf of investors.

Peiffer Wolf Carr & Kane is a nationwide litigation law firm that represents individuals and entities that have been the victims of negligence, fraud or the misconduct of powerful interests.  We are smart, experienced, and dedicated professionals who work tirelessly for our clients and take pride in the pursuit of justice on their behalf.  Too often the powerful interests in our society run over the rights of ordinary people. We do our best to restore that balance.