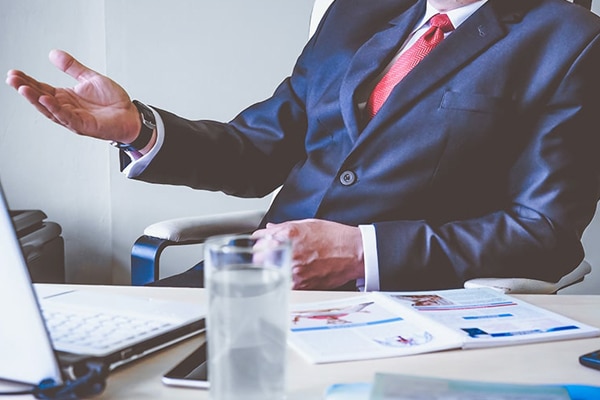 Posted at 17:10h in Blog by peifferwolf
0 Likes
Share

Published by The Wall Street Journal

By Jean Eaglesham and Coulter Jones

Thousands of brokers have scrubbed their records clean of complaints by customers and employers, allowing them to hide information from potential investors, according to a new study.

These brokers were more likely than other ones to receive additional complaints or other allegations of misconduct after their records were cleaned, according to the academic paper, which analyzed public regulatory records from 2007 to 2016.

The scrubbing process, known as expungement, is overseen by the Financial Industry Regulatory Authority, the industry-funded brokerage regulator. Under Finra rules, arbitrators are expected to allow a record to be deleted from the public “BrokerCheck” website only if an allegation against a broker is factually impossible, “clearly erroneous” or the broker wasn’t involved in an alleged misconduct.

Expungement is meant to be a rare event, regulators say. But the study, which analyzed BrokerCheck records and other regulatory information, found that arbitrators granted requests nearly 70% of the time.

Scrubbing so many records — 4,572 of the 6,700 requests were agreed to— makes it hard to track bad actors and harms “the ability for regulators and consumers to monitor brokers,” according to the study by Colleen Honigsberg, an assistant law professor at Stanford University, and Matthew Jacob, an economics pre-doctoral research fellow at Harvard University.

Last year, Finra proposed changes to make it harder for brokers to scrub records but has yet to issue a final rule. A spokeswoman said the regulator is still reviewing and considering comments received and that it looks forward to reviewing the final version of the study. The spokeswoman added that the regulator is “committed to ensuring that Finra arbitration is a fair dispute resolution system for all parties.”

There are about 630,000 active brokers registered with Finra. Most don’t have any complaints or expungement requests.

One who did was Stuart Siegel. The Florida broker in 2013 declared on his BrokerCheck page that he had enjoyed an “unblemished record over a 35-year career in the securities industry with never having been accused of misconduct by any customer.”

Potential clients wouldn’t know by looking at the page that Mr. Siegel got approval in 2011 to delete an earlier complaint by an investor that alleged he’d given the client poor investment advice, arbitration records show. The matter was settled for $14,500; Mr. Siegel was dismissed as a party to the claim before it settled.

Two years after the complaint was scrubbed, Finra filed unrelated civil charges against Mr. Siegel alleging he had used tens of thousands of dollars of charitable funds he oversaw for his personal benefit. Mr. Siegel repaid the money and in 2014 agreed to be barred from the securities industry without admitting or denying the allegations, according to Finra records.

Finra declined to comment on the matter, while Mr. Siegel couldn’t be reached for comment. His lawyer during the expungement claim, Marc Dobin, said, “at the time the expungement was granted, there was no indication of any hint of a regulatory problem.”

A state regulators’ group this year called for changes to the expungement system, which it says is “broken” and removes valuable information from the records.

The Securities Industry and Financial Markets Association, an industry body, said in its response to Finra’s proposals that the “existing rules … provide sufficient safeguards.”

Finra urges investors to check brokers’ disciplinary records, using its BrokerCheck system. But these records don’t show attempts to scrub complaints, even though such requests are a red flag, according to the study.

Mr. Dobin says it has gotten much harder for brokers to clean records in recent years. In particular, brokers can no longer make offers to settle complaints that hinge on the client agreeing not to fight an expungement. “Finra’s demonstrated a growing hostility to expungements,” he added.

A recent surge in brokered sales of private stakes in companies, known as private placements, could fuel new requests to scrub records. Brokers who sold these deals were four times more likely to seek expungement than the industry average, according to an analysis of arbitrators’ records by Ms. Honigsberg and Mr. Jacob. Their success rate – 62% — is slightly worse than the industry average, the analysis found.

More than one in five brokers who were denied requests to scrub red flags went on to rack up additional allegations of misconduct, the study found. That compares with only 4% of all brokers who received any allegation of misconduct from 2007 to 2017, according to the study.

Former stockbroker Anastasios Belesis, known as Tommy, tried eight times to scrub complaints filed between 2012 and 2015 — none passed, according to regulatory records. He’s now barred permanently and the firm where he served as CEO, John Thomas Financial, has been expelled from the industry.

Mr. Belesis, whose firm sold penny stocks to investors, declined to comment on the expungement process, saying he had “nothing to do with the industry any more, it’s irrelevant to me.” He added that “these are all past events that occurred in another lifetime to me and a lot of that was sensationalized from the regulators.”

Write to Jean Eaglesham at jean.eaglesham@wsj.com and Coulter Jones at Coulter.Jones@wsj.com

We have represented 1000s of victims of investment fraud and broker misconduct. We fight against the financial institutions that fail to discharge their duties and protect the investing public.

If you suspect that you lost money because of investment fraud or broker misconduct, it is important to take action immediately. Contact Peiffer Wolf Carr & Kane for a FREE Consultation by calling 585-310-5140 or by filling out an online Contact Form on this website.